The Jamaican Usain Bolt defended his 100-metre Olympic title yesterday in a games record 9.63 seconds in London Olympics 2012, just .05 of a second off his world mark, to beat Jamaican training partner Yohan Blake. 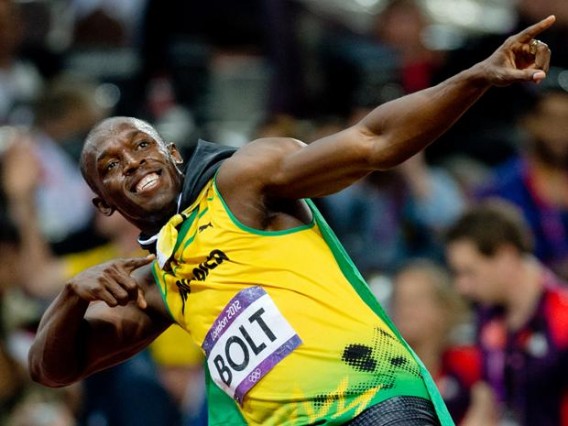 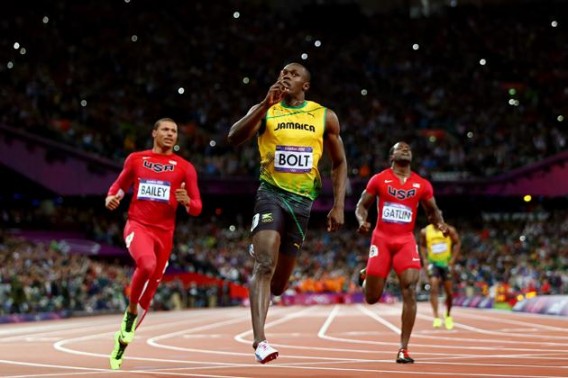 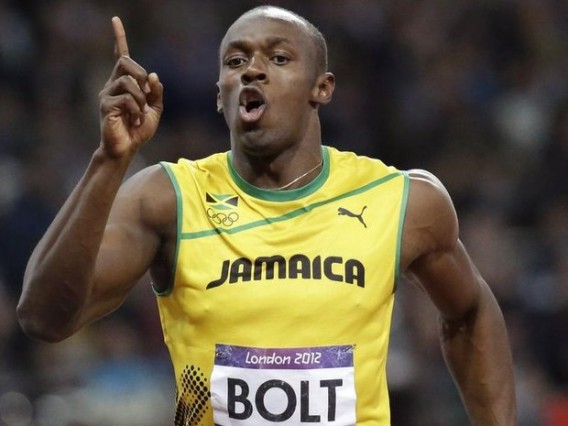 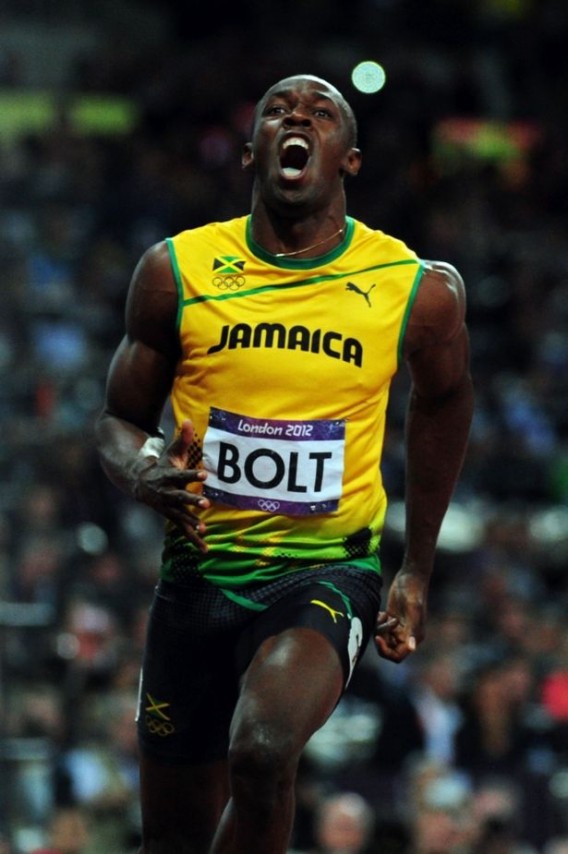 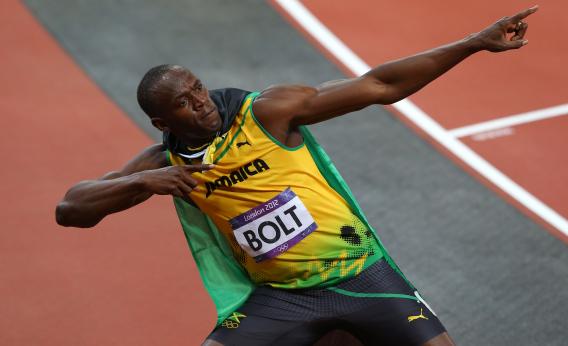 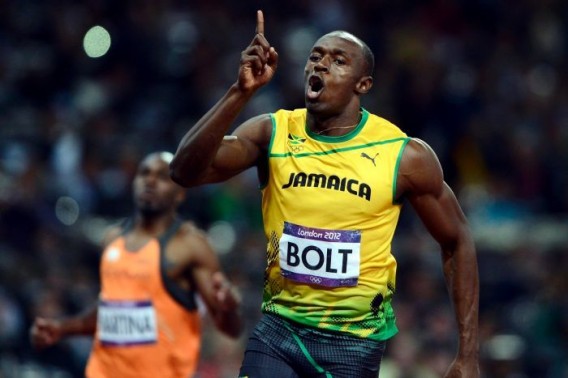 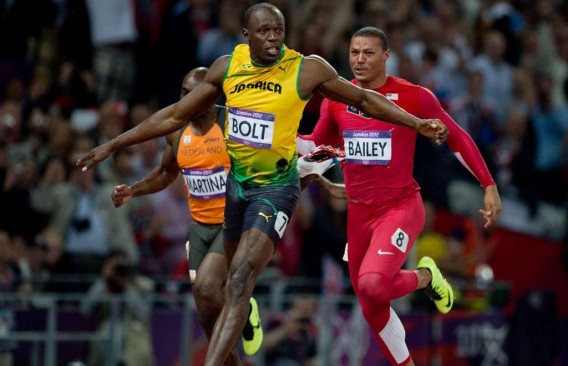 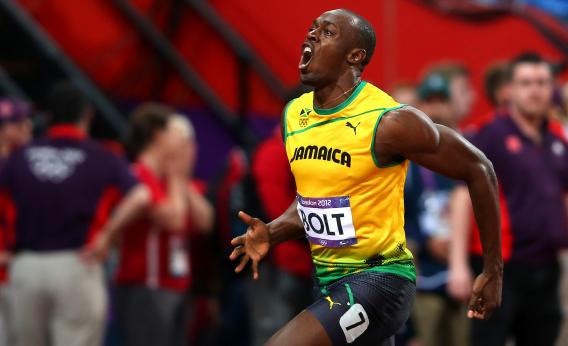 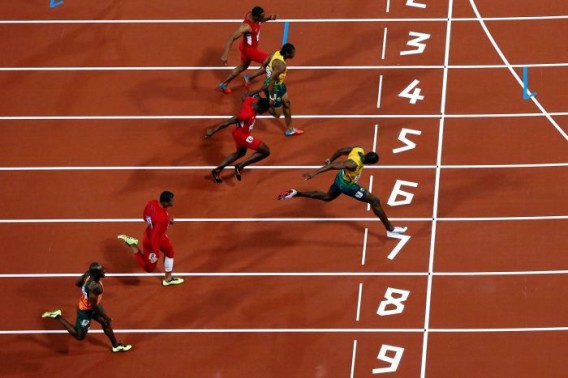 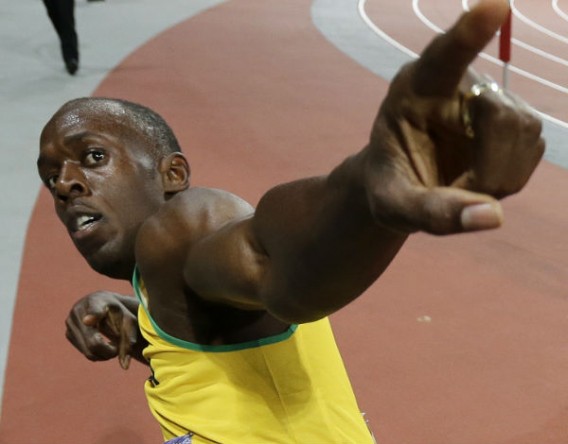 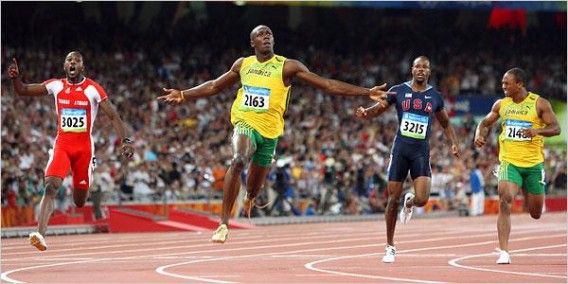 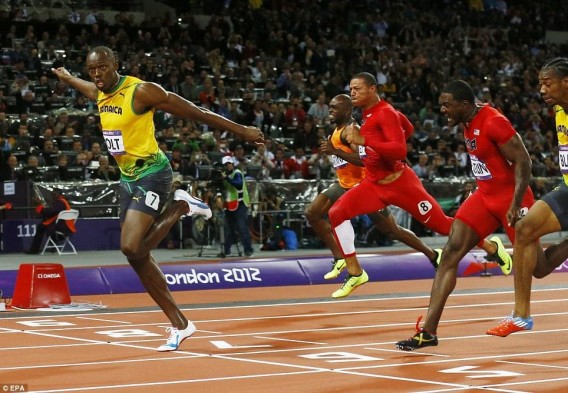 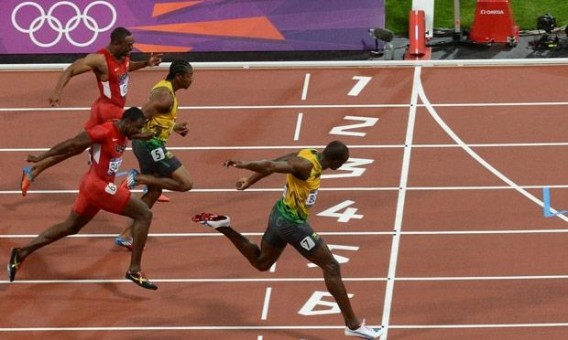