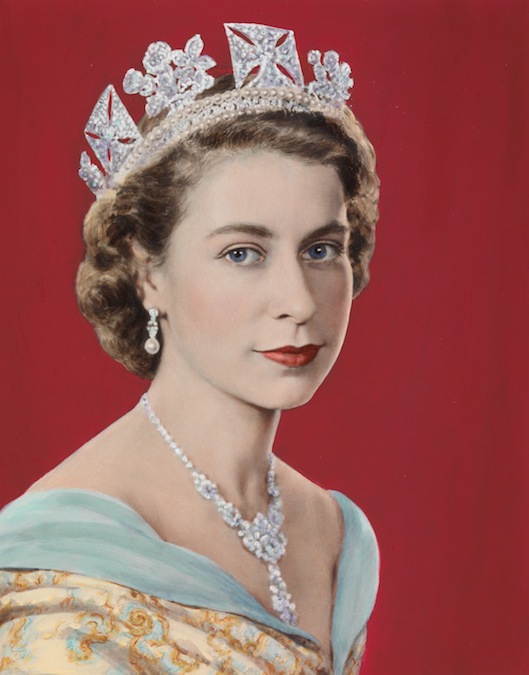 Queen Elizabeth II is born 21 April 1926 the queen regnant of sixteen independent states known as the Commonwealth realms: the United Kingdom of Great Britain and Northern Ireland, Canada, Australia, New Zealand, Jamaica, Barbados,Bahamas, Grenada, Papua New Guinea,Solomon Islands, Tuvalu, Saint Lucia, Saint Vincent and the Grenadines, Belize, Antigua and Barbuda, Saint Kitts, Nevis. She holds each crown separately and equally in a shared monarchy, and carries out duties in and on behalf of all the states of which she is sovereign. She is also Head of the Commonwealth, Supreme Governor of the Church of England, Duke of Normandy, Lord of Mann, and Paramount Chief of Fiji. In theory her powers are vast; however, in practice, and in accordance with convention, she rarely intervenes in political matters. END_OF_DOCUMENT_TOKEN_TO_BE_REPLACED