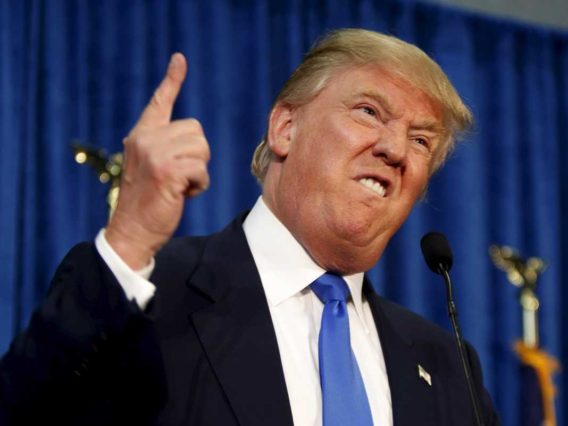 END_OF_DOCUMENT_TOKEN_TO_BE_REPLACED

The Strong Presidential candidate from Republican party for 2016 US General Election; Donald Trump, is known for his funny face making which makes him an over natural fellow. In every debate he makes a lot of funny faces along with the insults and harsh speeches.

Here are few of the funny faces of Donald Trump.