March 8, around the world on International Women’s Day, people will be taking part in various initiatives to highlight efforts to improve the lives of girls and women, and to celebrate the numerous achievements for women, health and equality.

Google is known for promoting special events with Google Doodle. The few important Doodle’s from past few months are shown in this post.

The Doodle replaces their standard search logo with a simple illustration that forms Google’s “G” with the female gender sign. The second “o” is a yellow flower, while the first “o” and the “e” are reminiscent of the bindi, a symbol associated with Indian women.

This isn’t the first time the purple logo with the flower replacing the “l” has appeared on Google. The Doodle previously appeared in countries including Spain and Portugal, which celebrated Mother’s Day on the first Sunday in May.

Google Doodle pays tribute to former Disney character and concept artist Mary Blair. Born Mary Robinson on October 21, 1911, Blair joined Disney in 1940 and went on to be honored as a Disney Legend in 1991. Her artwork was widely recognized for its simplicity, vibrant colors, and stylized designs that leaned towards abstraction.

Martha Graham was born 117 years ago on 10th May and Google called on “motionographer” Ryan Woodward to honor the event with an animated Doodle. I was hoping for a Monty Python theme, but this logo could be a classic.

Google celebrated the 100th birthday of Lucille Ball on 6th August with a special “I Love Lucy” themed Google Doodle. The font used for Google’s logo, which appears on a vintage television set complete with wooden console, is in black and white and borrows from the “I Love Lucy” opening credits where the name of the show was written in the middle of a heart. 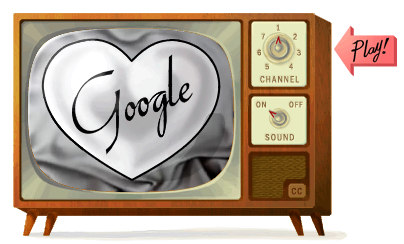 Google Doodle celebrated the birth of scientist Marie Curie on 7th November. Born in Poland, Curie moved to Paris in her early 20s to study mathematics and physics at the Sorbonne. She and husband Pierre are remembered for their groundbreaking work in physics and, later, in chemistry.