The New York Giants beat the New England Patriots on Sunday by a score of 21-17 in their second meeting in the past five Super Bowls. The Giants previously beat the Patriots in the 2008 contest. Inspired by their dynamic quarterback Eli Manning, the Giants erased an eight-point third-quarter deficit to steal the victory with a last-minute touchdown from Ahmad Bradshaw in a stunning repeat of their last Super Bowl win, also against the Patriots, four years ago. 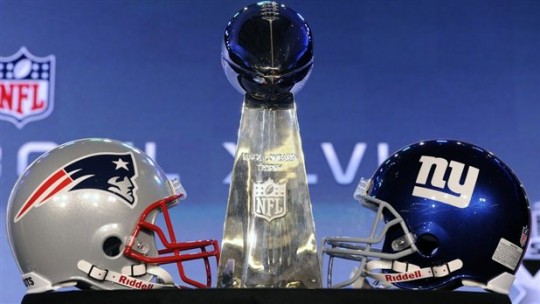 “The greatest feeling in professional sports is to win the Super Bowl,” said New York’s Tom Coughlin, who at 65 became the oldest National Football League coach to win a Super Bowl. “What a wonderful experience it was to see the team come together like they did.” 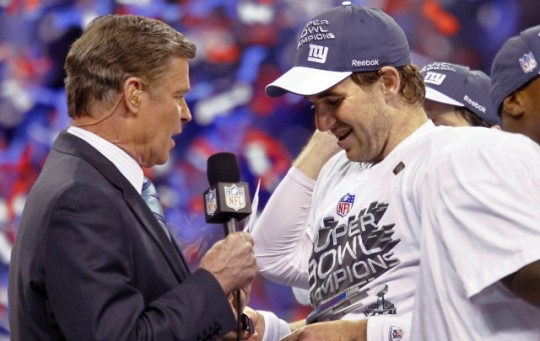 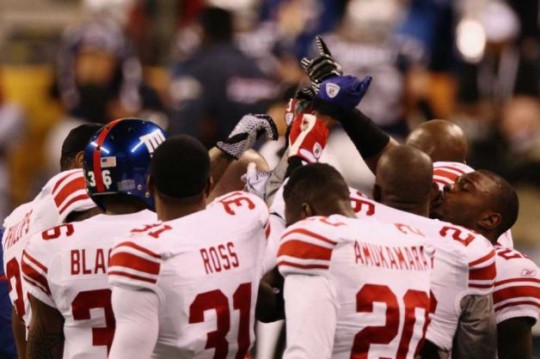 “It was a great game with two great teams,” Manning said. “We played to the very end. There were some big plays being made.” 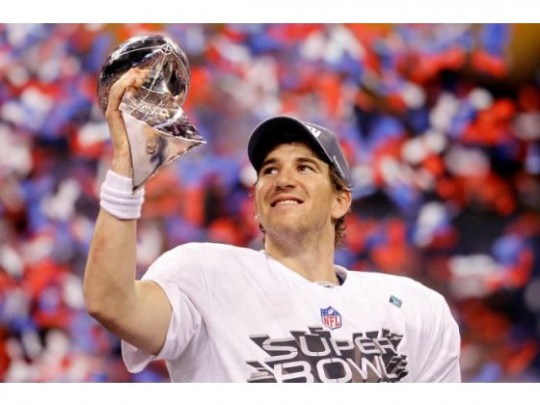 Quarterback Eli Manning #10 of the New York Giants poses with the Vince Lombardi Trophy after the Giants defeated the Patriots by a score of 21-17 in Super Bowl XLVI at Lucas Oil Stadium. (Rob Carr, Getty Images ) 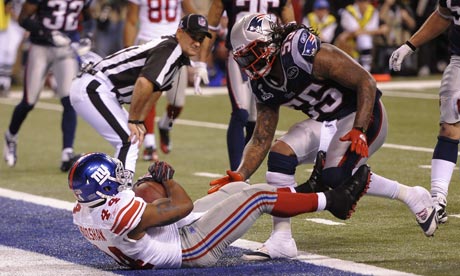 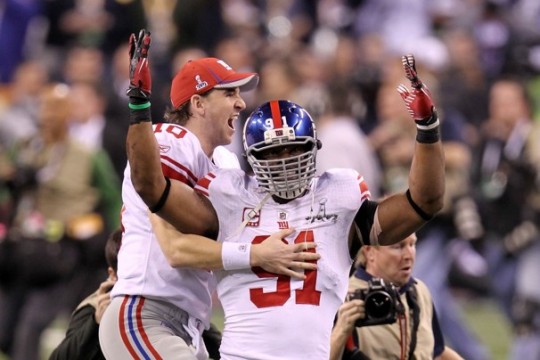 Lawrence Tynes kicked two field goals then Manning mounted an 88-yard drive, that included a spectacular catch from Mario Manningham, before Bradshaw scored the winning touchdown with just 57 seconds left on the clock.

“You don’t feel good after you lose this game,” said New England head coach Bill Belichick. “It was wild out there. Hey, it’s the Super Bowl.

“I can’t fault the effort of any of our players. They played as hard as they could … We could have played a tiny bit better. It was obviously a very competitive football game.” 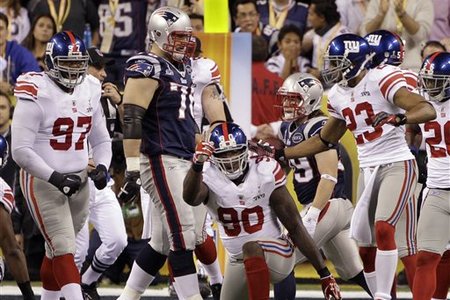 It was a game that lived up to all the hype and expectation as the two teams slugged it out in front of a crowd of nearly 70,000 people and an expected record television audience.