The volcano is one of several active stratovolcanoes constructed over the 20 km wide Ijen caldera, the largest caldera in Java.
Eruptions from Ijen are very hazardous because of the risk of the lake draining to form catastrophic lahars. Sulphur mine inside the crater of Ijen near the shore of Kawah Ijen 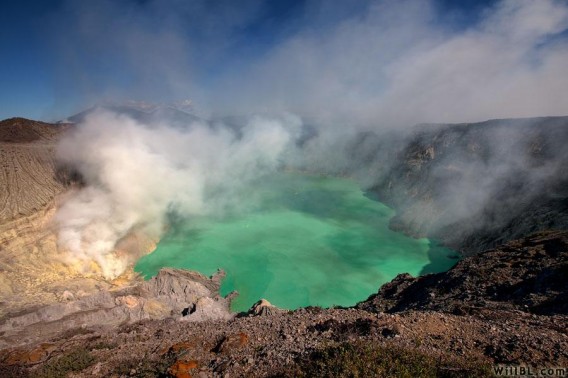 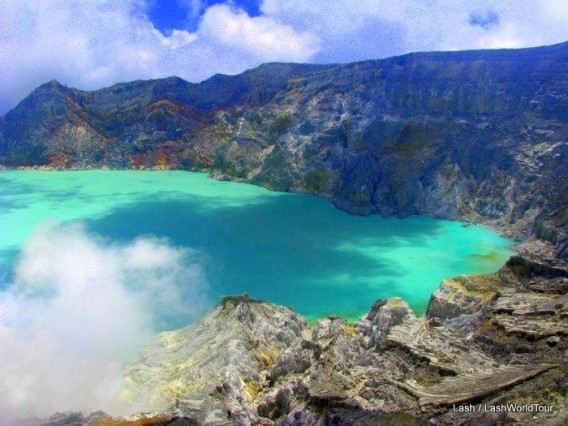 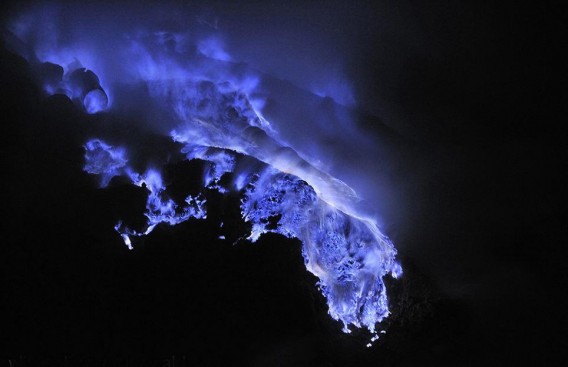 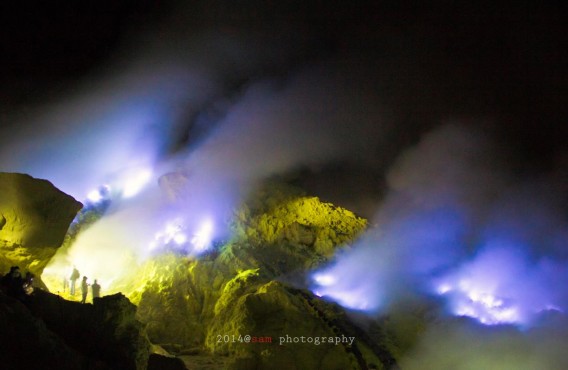 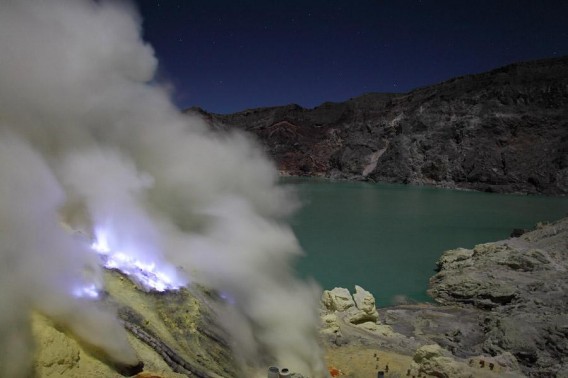 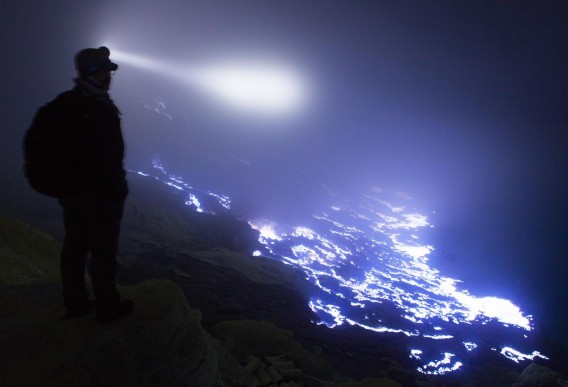 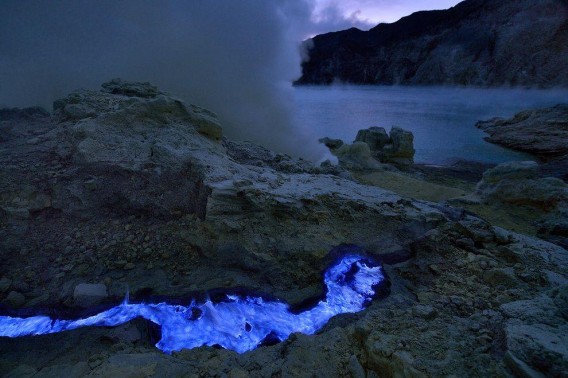 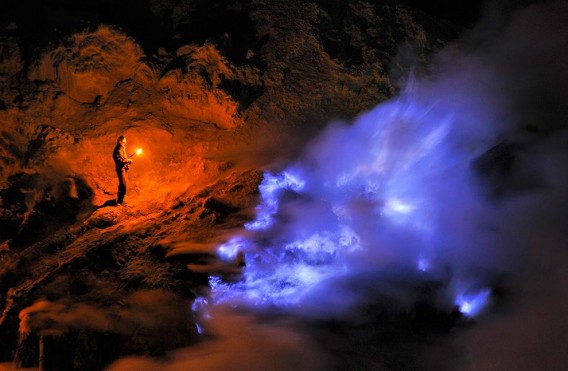 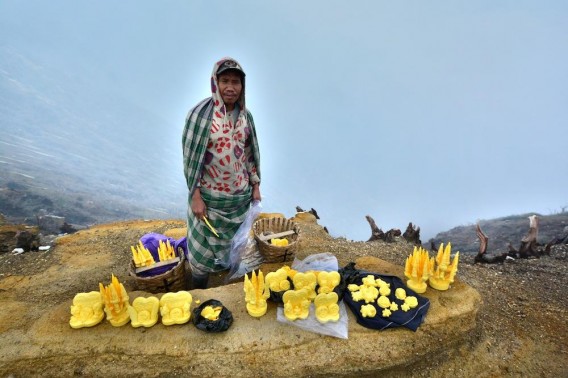 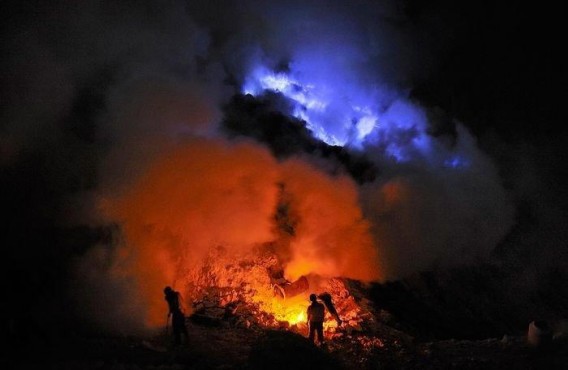 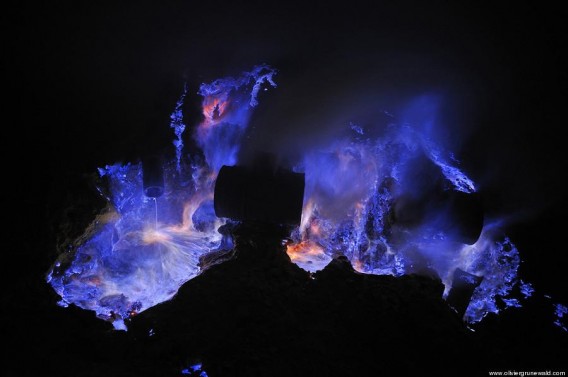 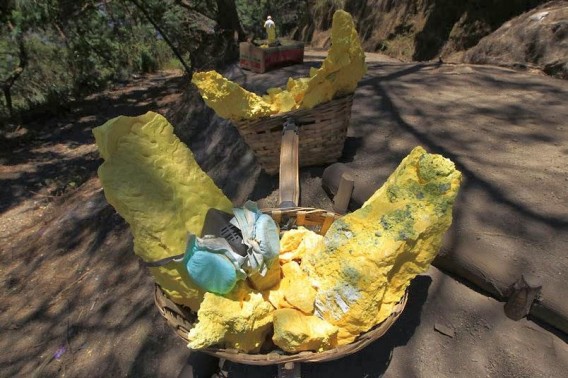 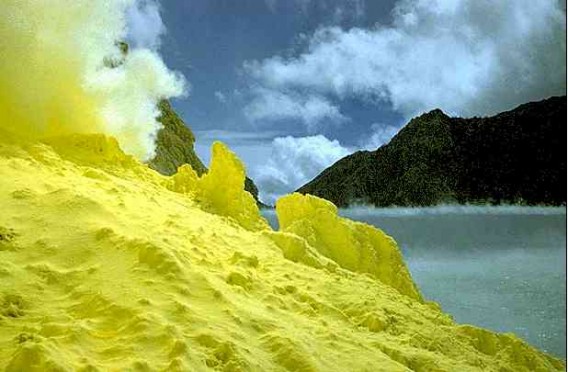 The Ijen volcano complex at the eastern end of Java consists of a group of small stratovolcanoes constructed within the large 20-km-wide Ijen (Kendeng) caldera. The north caldera wall forms a prominent arcuate ridge, but elsewhere the caldera rim is buried by post-caldera volcanoes, including Gunung Merapi stratovolcano, which forms the 2799 m high point of the Ijen complex. Immediately west of Gunung Merapi is the renowned historically active Kawah Ijen volcano, which contains a nearly 1-km-wide, turquoise-colored, acid crater lake. Picturesque Kawah Ijen is the world’s largest highly acidic lake and is the site of a labor-intensive sulfur mining operation in which sulfur-laden baskets are hand-carried from the crater floor. Many other post-caldera cones and craters are located within the caldera or along its rim. The largest concentration of post-caldera cones forms an E-W-trending zone across the southern side of the caldera. Coffee plantations cover much of the Ijen caldera floor, and tourists are drawn to its waterfalls, hot springs, and dramatic volcanic scenery.