India has won the Cricket World Cup 2011. Twenty-eight years on from the match that transformed the history of world cricket, India recaptured the crown that Kapil Dev and his men first lifted at Lord’s in 1983, and this time MS Dhoni and his men did in their very own back yard.

Gambhir: “All credit goes to Sachin Tendulkar. We played for him. Beating Australia and Pakistan and now this, its a dream come true.”

Harbhajan singh: ” It means the world to me. I have been part of the three world-cups. This is for the nation. Thank you very much, we love you. This cup is for the people. Love you India!”

Virat Kohli: “This goes out to all the people of India. THis is my first world cup; I can’t ask for more. Tendulkar has carried the burden of nation for 21 years; It was time we carried him. Chak de India!”

Tendulkar: “Couldn’t have asked for anything more than this. Winning the world cup is the proudest moment of my life. Thanks to my team-mates. Without them, nothing would have happened. I couldn’t control my tears of joy. Thanks to the support staff. Thanks to Mike Horn, who has helped with the expectations and pressure. The team stuck together in the rough phases and proved people wrong who doubted our ability. Self belief has been always there but in the last two years, we have been very consistent. It’s been great honour to be part of this team. Thanks to Gary and Paddy Upton.

Man of the tournament Yuvraj Singh: “This is unbelievable. Under-19 World cup, then Twenty20 but this is the most special. For Sachin, for everyone else. I want to dedicate this to my guru ji, for my mother and my friends. Last time we were in World-cup final, we made lots of mistakes. Batting second is lot of pressure but Gauti and MS played outstandingly. They played like it was a normal game. We batted like champions. We don;t have a proper left-arm spinner and so it was my job to do it. Narendra Hirwani has been helping me and I have been working hard. Tonight is going to be good night! Thank you India!”

MS Dhoni: “I took a quite few decisions tonight, if we hadn’t won I would have been asked quite a few questions: Why no Ashwin, Why sreesanth. Why no Yuvraj, Why did I bat ahead?! That pushed me and motivated to do well.The pressure had got to me in the previous games. In this game, I wanted to bat up the order and Gary backed me and by the senior players. I had a point to prove to myself. Virat and Gautam batted brillantly; lots of singles. Then with the help of bit of dew , we put pressure on the spinners. I would have liked Gautam to go on and get that big hundred.”

END_OF_DOCUMENT_TOKEN_TO_BE_REPLACED 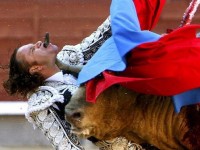 Year 2010 has passed and there were many great sports events occurred in that year. Which includes famous 2010 FIFA world cup as well. Here are some of the best 2010 Sports pictures. Enjoy…..