A rainbow is an optical and meteorological phenomenon that causes a spectrum of light to appear in the sky when the Sun shines on to droplets of moisture in the Earth’s atmosphere. It takes the form of a single arc. Rainbows caused by sunlight always appear in the section of sky directly opposite the sun. 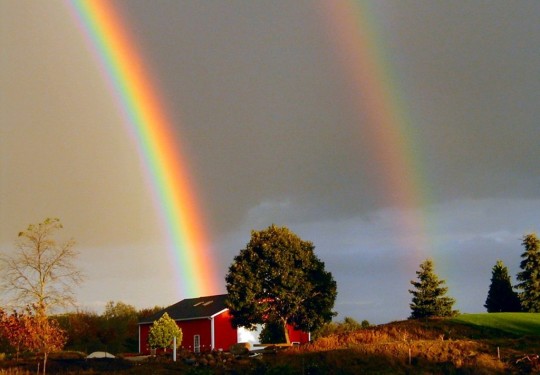 And as he spoke of understanding, I looked up and saw the rainbow leap with flames of many colors over me.
Black Elk 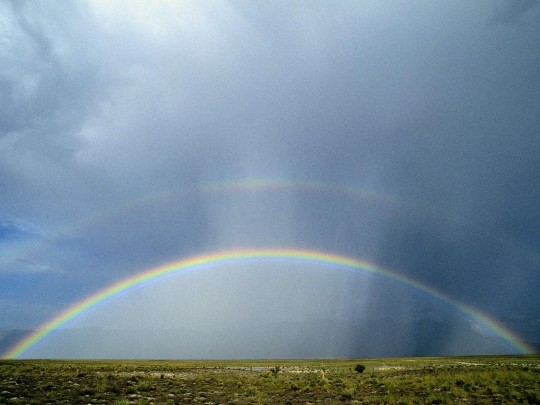 And when it rains on your parade, look up rather than down. Without the rain, there would be no rainbow.
Gilbert K. Chesterton 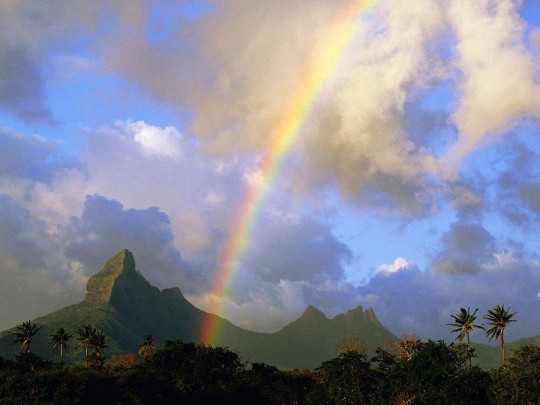 Be thou the rainbow in the storms of life. The evening beam that smiles the clouds away, and tints tomorrow with prophetic ray.
Lord Byron 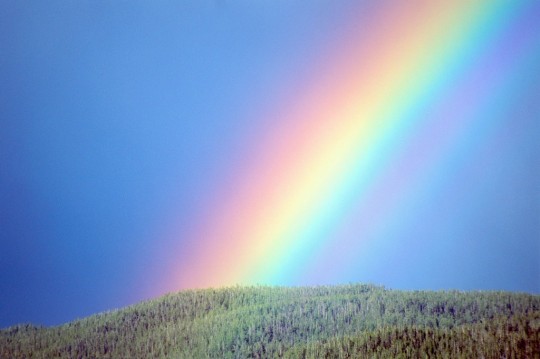 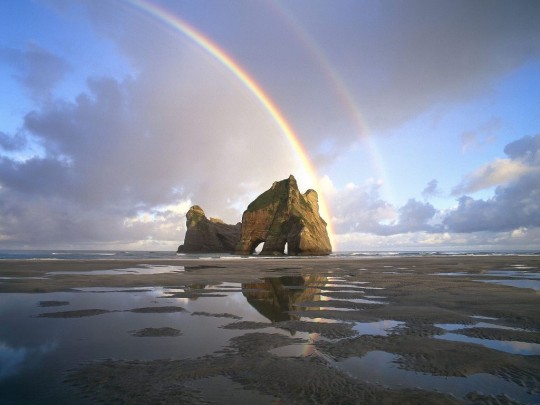 I know that if odour were visible, as colour is, I’d see the summer garden in rainbow clouds.
Robert Bridges 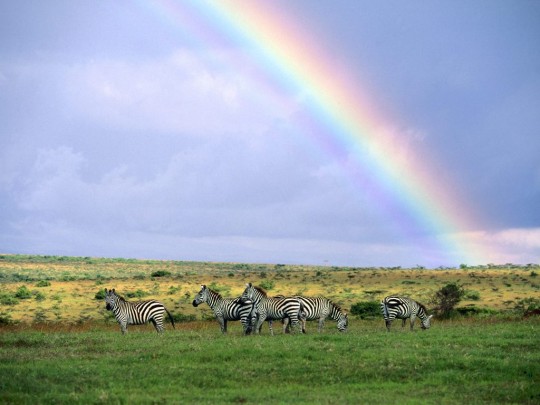 It was the rainbow gave thee birth, and left thee all her lovely hues.
W. H. Davies 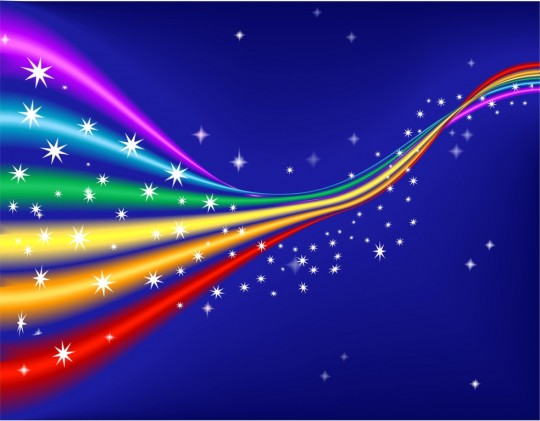 Somewhere, over the rainbow, Way up tall, There’s a land where they’ve never heard of cholesterol.
Allan Sherman 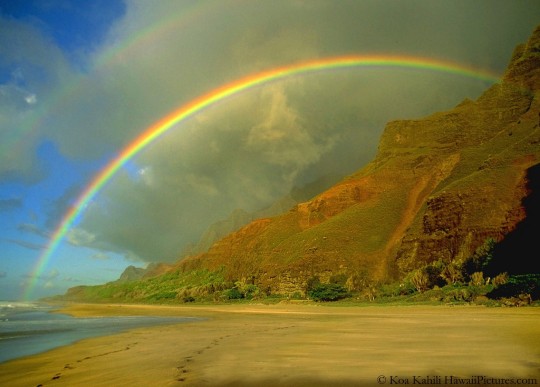 The white light streams down to be broken up by those human prisms into all the colors of the rainbow.
Charles R Brown 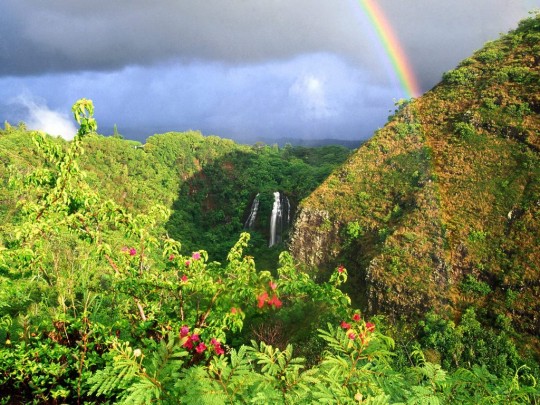 “A rainbow wouldn’t be a rainbow if it was missing a single color.”
John Quale HRN 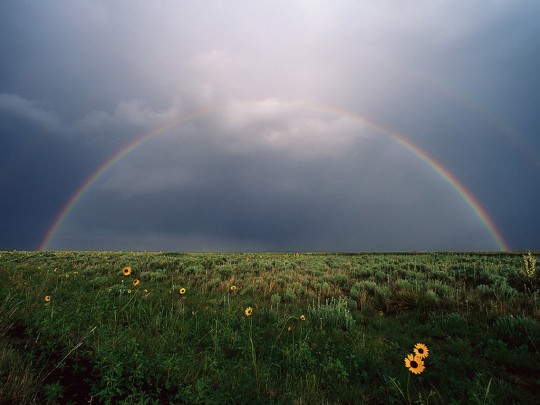 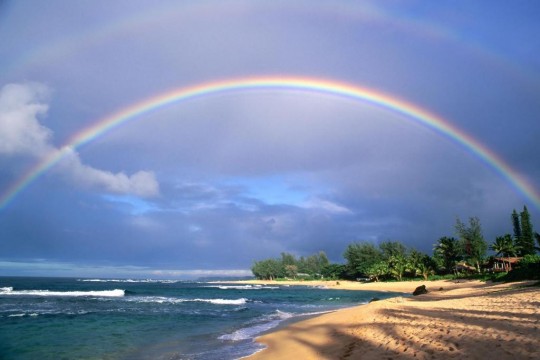 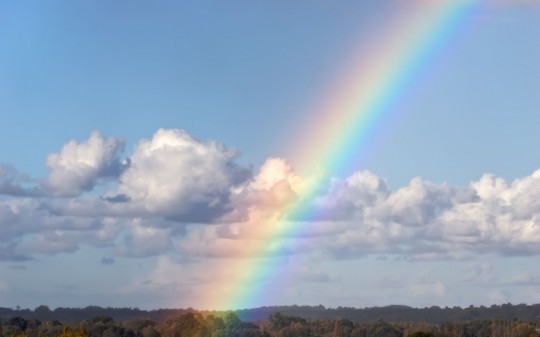 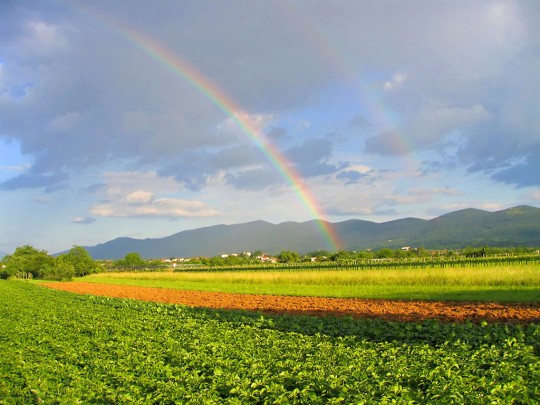 “Everyone wants happiness,
No one wants pain,
But you can’t have a rainbow,
Without a little rain”
Zion Lee 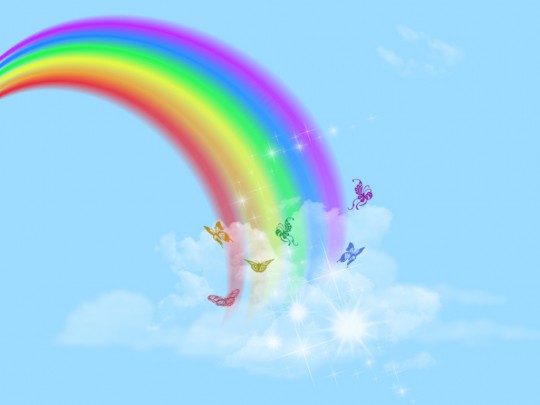 Rainbows can be observed whenever there are water drops in the air and sunlight shining from behind at a low altitude angle. The most spectacular rainbow displays happen when half the sky is still dark with raining clouds and the observer is at a spot with clear sky in the direction of the sun. The result is a luminous rainbow that contrasts with the darkened background.